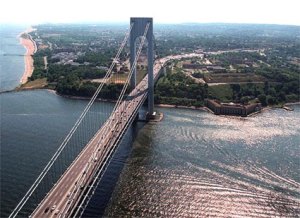 To most Manhattanites, Staten Island may as well be New Jersey (geographers and Staten Islanders feel the same way). Once you step off the ferry at St. George Terminal, you’re in a different world: a revolutionary war fort, mile after mile of low-rise garden apartments, Victorian frame houses on winding streets, and wooded hillsides studded with stone and brick mansions.

New Yorkers who view Staten Island only from the S.I. Expressway and the West Shore Expressway don’t see the island’s vast industrial tracts on one shore, its beautiful public beach on another, the endless strip mall that is Hylan Boulevard, and the island’s golf courses, forests, and pre-Verrazano enclaves, which still hint at their rural origins. It just ain’t the same city as high-rise Manhattan.

That’s the message that Tom Wrobleski, political editor for the Staten Island Advance, sends to the 2010 NYC Charter Revision Commission. With just one Islander on the 15-member commission, Wrobelski doubts that Staten Island’s small-town distinctiveness can be adequately considered when the commission revises NYC’s government this year. To Wrobleski, the city’s rules in Manhattan and Staten Island need to be different. And many community leaders from Brooklyn and Queens feel the same way about their own boroughs.

Despite the presence of four Brooklynites on the panel, and two members each from Queens and The Bronx, the commission is dominated numerically by its six Manhattan residents and one Brooklynite obligated to speak for City Hall: Anthony Crowell, the mayor’s senior counsel. All of the commission’s members are selected by the mayor.

Ironically, the commission’s unbalanced composition defies the spirit of the 1989 U.S. Supreme Court decision that gave rise to the strong-mayor, weak-council form of government we enjoy today: a structure that Michael Bloomberg’s 2010 commission is expected to extend, and maybe even strengthen, for his successors.

Wrobleski addresses this head-on, comparing Staten Island’s population-based representation on the 51-member City Council to its Federal counterpart, the Island’s delegation to the U.S. House of Representatives. Wrobleski asks for a system more like that of the U.S. Senate, where even the least populous state gets two Senators.

Conceding that some city services, such as Police, need to be consistent city-wide, Wrobleski argues for borough authority in other areas, such as traffic regulation, so that Staten Island could allow right turns on a red light, as is done in New Jersey and elsewhere.

We think Wrobleski is right, and we’ll take his argument a step further. Right now, the ability of voters in Staten Island, Brooklyn, The Bronx, and Queens to convince City Hall to adopt diverse rules for the five boroughs — whether for traffic, education, land use, or economic development — is limited by the lack of power in the borough halls.

We think this can be changed without tripping over the one-person, one-vote principle of the U.S. Constitution. One possible way: Revise the NYC Charter so that appointees of the borough presidents, in the aggregate, will hold a majority of the votes on one or two of the boards, commissions, and committees that determine policies for City Hall: the panels that make the rules for contracts and procurement, franchises, land use, conflicts of interest, and taxes. Since 1989, mayoral appointees have dominated all such groups.

If this were to happen, a mayor would need the support of borough presidents for some of his city-wide policy decisions. Then he’d take more seriously such requests as Wrobleski’s. Of course, we’d be more optimistic about this outcome if the first panel to be constructed this way had been the 2010 charter revision commission itself.