Even Larry Has No Answer

Larry is one of the smartest guys in Flatbush. So when he started defending Brooklyn’s lack of clout at City Hall, I did a double take.

“The Board of Estimate was a bad idea. Staten Island didn’t deserve to have the same power as Brooklyn.”

But isn’t it worse for Brooklyn to have no power, because the mayor — most responsive to Manhattan media  — controls almost everything?

Larry shrugged and turned back to the TV. It was easier for him to watch his beloved Jets self-destruct than to grapple with one of the thorniest issues facing New Yorkers in 2011: how to ensure that Mike Bloomberg’s successor — whoever he or she is — will balance the needs of the BBQSI boroughs against those of the Manhattan business community. END_OF_DOCUMENT_TOKEN_TO_BE_REPLACED

Mayor Bloomberg Had Nothing To Do With It.

Once again, the Daily News has criticized the work of the 2010 NYC Charter Revision Commission without implicating Mike Bloomberg, who appointed it.

A September 10 News editorial echoes a NY Times poll, which showed over 70% of New Yorkers are disappointed by the charter commission’s decision to offer voters a chance to restore two-term limits, but not until 2021, and to use a second ballot question to lump together seven separate charter proposals. END_OF_DOCUMENT_TOKEN_TO_BE_REPLACED

The senior panelists agreed that Mayor Bloomberg’s 2010 commission has no choice but to address term limits (although they couldn’t agree on how), that New York’s strong mayoralty must continue, and that the borough presidents’ offices should be strengthened. What they didn’t agree on — term limits, their impact on minority voting, the fate of the public advocate, and non-partisan elections — provided some lively back-and-forth. END_OF_DOCUMENT_TOKEN_TO_BE_REPLACED

The Art of War – NYC Style

The NY Daily News confirmed yesterday that Mayor Michael Bloomberg “is expected to appoint a charter revision panel in the coming weeks. Among other issues, the panel will examine and possibly reduce or eliminate the roles of borough presidents and community boards.”

Genuine threat, or feint? Those who remember the 1989 charter revision know that the media can be used to divert attention from a charter panel’s true agenda. A threat to eliminate the BPs and the CBs is just one possible tactic a 2010 commission could use. Others are even more Machiavellian. END_OF_DOCUMENT_TOKEN_TO_BE_REPLACED

Mayors Are Made, Not Born 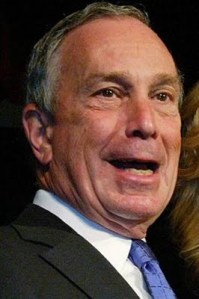 Everything about Mayor Michael R. Bloomberg is extreme: zero smoking in restaurants, 200 miles of new bike lanes, a million new trees, a hundred million bucks to get re-elected, a 180-degree turnaround on term limits, a 50-state gun control agenda, sharp reductions in parental control over 1,600 schools…. The list goes on and on.

But if you think about it, you’ll realize that Bloomberg’s predecessor, Rudy Giuliani, also was a man of extremes, albeit less creative, more abrasive, and — we think — less convinced of his own omniscience. But he, too, did things in a big way. END_OF_DOCUMENT_TOKEN_TO_BE_REPLACED