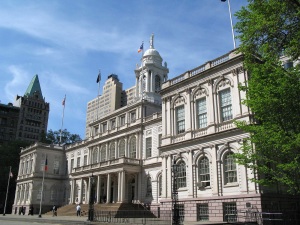 One of the perquisites of being Mayor of NYC is that you get to decide who in the city can make millions of dollars. Officially, the path to city deals—for concessions, leases and major development projects—goes through any one of a number of committees, boards and commissions that dole out the city’s money, seemingly (partially) independent of the mayor. Yet, unofficially, or at least a level or two below the surface of public perception, the mayor’s fingerprints are all over the process. For all of these decision-making groups have two things in common: They were established through the 1989 charter revision, and the mayor appoints a majority of their members. Changing this with a new charter revision will be no simple task.

To start, the city’s decision-making groups include: the City Planning Commission, to which the mayor appoints seven of 13 members; the Procurement Policy Board, where three of five members come from the mayor’s office; the Franchise & Concession Review Committee, where the mayor designates four members out of a maximum of six; the Tax Commission, where the mayor controls all seven members; the Landmarks Preservation Commission, all of whose 11 members are mayoral appointees; and the Conflicts of Interests Board, whose five members are appointed by the mayor.

These groups exercise great power and frequently determine who can make millions of dollars in profits from city deals. The COIB gets to rule on the propriety of deferred compensation or outside business income for city officials. The PPB and the F&CRB determine who gets awarded lucrative multi-year contracts, concessions and franchises. The CPC, which regulates land use and development, makes land use changes on which many millions of dollars can depend. The CPC is subject to review by the City Council, but rarely is overruled.

If New Yorkers get fed up with this bureaucratic Potemkin village, they won’t have too many options. The most obvious would be to urge the 2010 charter revision commission to eliminate such panels entirely and shift decision-making responsibility directly to staff in the mayor’s office. At the other end of the spectrum, New Yorkers could ask the charter commission to eliminate the mayor’s majorities, thereby forcing mayoral representatives to share decision-making with independently-appointed panel members.

That sharing essentially was the situation that prevailed on the old Board of Estimate, until it was ruled unconstitutional in 1989 and replaced by our current municipal structure—the one that relies on such panels to present voters with the appearance, but not the reality—of shared authority, whenever big money is at stake.

The 1989 charter stopped a hair’s breadth from giving the mayor absolute power. Mayor Michael Bloomberg is expected to try to bridge this gap through “efficiency improvements” to be recommended by his 2010 charter revision commission. It’s possible that the Council and the borough presidents may seek to resist this by proposing that they collectively acquire the right to appoint a majority of the members of each decision-making panel. But if they do, they will be making their proposals to a charter commission that itself is dominated by mayoral appointees.

It then would be up to the City’s voters to say “enough, already.” But, here’s the rub: If the charter revision commission includes its proposed “efficiency improvements” in a single ballot question that also calls for reinstatement of term limits, voters will face a dilemma. Hopefully, a legal argument can be successfully made to prevent such an arbitrary and restrictive combination.