Government 101, Lesson 1: Why Can’t the Streets Be Smoother? 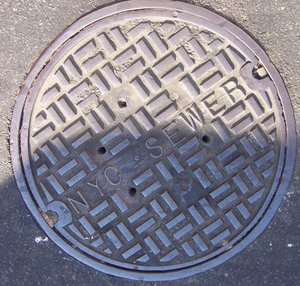 Sometimes, the best ideas come while driving in heavy traffic. Although we don’t talk or text while behind the wheel, we do tend to obsess about city government. We also do that in other inappropriate situations.

Our latest episode happened while driving up Brooklyn’s Coney Island Avenue. Our tires kept on banging into one manhole depression after another. The 5-minute ride felt as if we were on an IED-pocked road in Afghanistan, not a major thoroughfare in America’s largest and most vibrant city. “Why can’t the city even pave the streets right?” we asked.

But, of course, we already knew the answer: Coney Island Avenue had been paved by a low-bid contractor, working under the oversight of private engineering consultants. They, in turn, had been supervised by civil servants who may have lacked the tools to impose useful sanctions if either the consultant or the contractor screwed up. Could efficiency improvements — which Mayor Bloomberg’s 2010 charter revision commission may try to implement — solve this? END_OF_DOCUMENT_TOKEN_TO_BE_REPLACED