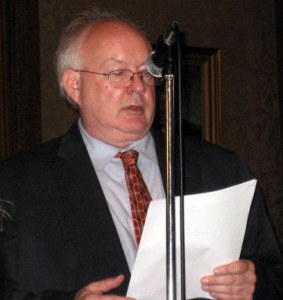 To John Keefe, who spoke for Brooklyn Assemblyman James Brennan, the forum — and the commission itself — were “part of a cynical and opportunistic deal” that Mike Bloomberg had made in October, 2008 with billionaire term limits advocate Ron Lauder as the price for Lauder’s non-opposition to Bloomberg’s run for a third term as mayor. END_OF_DOCUMENT_TOKEN_TO_BE_REPLACED