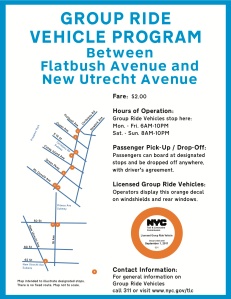 A couple of months ago, the MTA shut down Brooklyn’s B23 bus route, which had served the Kensington and Ditmas Park neighborhoods for decades. Replacing it will be city-sanctioned “dollar vans,” operated by Sunset Transportation Service, Inc.

The B23 story is an example of the privatization of government services that’s happening throughout the United States — a series of decisions by local governments to substitute private companies for public employees to deliver essential services.

Sometimes this is a straight swap to reduce costs to the taxpayer, as with the B23 bus: Dollar vans, easy to garage, fuel, and maintain, probably make more sense than empty buses driven by unionized employees on low-demand routes.

Other times, the calculus is less clear. Charter schools nominally cost taxpayers less than traditional public schools, but they’re frequently subsidized by private or corporate donors who earn substantial tax deductions in return for their gifts, burdening the rest of us with increased taxes of our own.

Just as the mathematics of privatization can be obscure, so can the motives. Parents overlook charter schools’ mixed report cards so they can surround their youngsters with the children of other strivers and expose them to the energy and enthusiasm of young, idealistic teachers. Many charter backers, who know that new teachers burn out, view them as a replaceable commodity to be used and discarded.

In today’s economy, many young people eagerly accept these conditions.

Some charter backers, such as Edison’s Chris Whittle and National Heritage Academies’ J. C. Huizenga, see charters as a way to earn a profit. Others, like Eva Moskowitz or Geoffrey Canada, eschew profits but pattern their not-for-profits to embrace corporate practices such as intense marketing, sharp competition, strict accountability, heavy dependence on metrics, employment of non-unionized workers, and generous compensation packages for their CEOs. All assume that a non-unionized private-sector model can succeed where a public sector model seems to have failed, or, at least, will stimulate traditional public schools to try harder.

They understand but tend to downplay observations that the charter school enrollment application process excludes children whose families’ personal or financial difficulties prevent them from applying — the same difficulties that create obstacles to academic success.

This leaves those children to study in traditional public schools, where the challenges they present sap a disproportionate share of teacher effort, and where their test scores can depress a school’s overall performance and make charters look better by comparison.

Our assertion that charters are private will immediately arouse controversy. Charter proponents typically assert that charter schools are public schools — primarily because they depend on public funding and don’t charge tuition. But as New York’s prestigious Cooper Union and Philadelphia’s equally prestigious Curtis Institute demonstrate, free tuition does not a public school make. Nor can public enterprise be defined by a primary reliance on taxpayer funding, as the shareholders of military manufacturer Lockheed-Martin will attest. 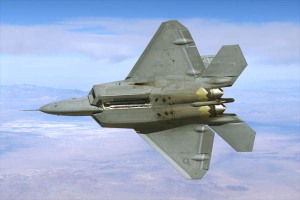 Although the public-private distinction is becoming increasingly blurred, the most meaningful way to define a public enterprise is to ask whether its employees are chosen through a civil service process and are represented by public- sector labor unions.

By this measure, Lockheed-Martin is private, and charter schools — except for those that are operated by teachers unions — also are private. We should drop the pretense and recognize that the corporate sponsorship of charter schools is a way of privatizing public education — and a way to decrease the influence of the teachers unions, traditional allies of the Democratic Party.