Always looks the same, doesn't it?

NYC Charter Revision: @We want to go to sleep tonight, so we’re going to pretend we’re tweeting and be done with it:

Charter revision commission spent 1:15 on “independent budgets” with OMB’s Mark Page. He: smart, thorough, earnest, soporific, and ultimately a believer in the status quo, bashes independent budgets, even for Conflicts of Interest Board.

CRC Member Cassino wants to clean up City Council. But no recognition that eliminating Council member items must be matched by eliminating mayor’s discretionary items. Our bet: CRC won’t tackle this one. 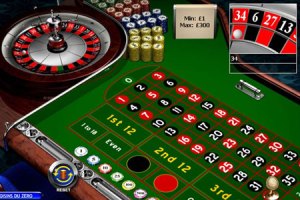 But he, mathematician, did know what “a perfect martingale” was. Look it up.

Mark Davies of COIB praises Bloomberg and Page, but warns that future mayors could starve COIB into non-existence. We bet CRC supports independent budgeting for COIB.

Most provocative comment: Dan Jacoby says new voting machines will hide charter questions on second page of November ballot, where no one will see them.

Goldstein changes date of commission’s meeting to vote on proposals from August 12 to August 11.

Folks still don’t understand that charter rules and “checks” won’t work unless there’s someone with the power to enforce the rules. Litigation costs, and takes forever. Keeping the Council empowered is the only way to do this — sort of.  And a Bloomberg-appointed CRC ain’t gonna send any real power to the boroughs.