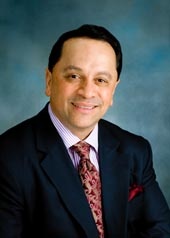 As our “About” entry indicates, in our other life we chair one of Brooklyn’s community boards. We’re believers in the utility of these 50-member local advisory bodies. We’ve seen them protect neighborhoods against City Hall excesses, assist elected officials when they needed to communicate with local residents, help agency people to coordinate local service delivery, and prevent wasteful municipal spending on projects that won’t work.

So our usual reaction when people from outside the community boards want to change the way boards operate is to ask whether they know what they’re talking about. We’re not completely sure that Huffington Post “writer, musician and New Yorker” Will Schwartz has the whole picture. Some of his assumptions about boards having “untrained, un-vetted leaders” and lacking “economists, public health officials, lawyers, hospital administrators, and other trained professionals” are without merit. But he knows enough about city government to understand that a recent charter revision proposal from controversial State Senator Pedro Espada is completely off the mark.

Schwartz offers a biting indictment of Espada’s decentralization proposal, which the senator presented last week. Then he offers his own prescription for charter revision — and, from our perspective, comes close to nailing it:

“Let’s avoid allowing our anger over our mayor’s abuse of city government blind us into justifying rampant decentralization, creating yet more legislative bodies that have zero accountability, and no public hiring process. Instead, let’s hope for a center with more diversity. One that lends power to the outer-boroughs, their county leaders and executives, and widen the advocate’s office to reach out to the politically disenfranchised.”