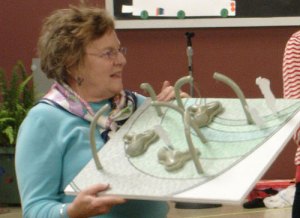 Back in the days when Ed Koch was mayor and Gordon Davis headed up NYC Parks & Recreation, we went to work for Betsy Barlow, whom Davis had appointed to the new position of Central Park Administrator.

With unparalleled energy and focus, Barlow transformed a small staff office into the Central Park Conservancy, which today provides a way for the moneyed folks who call Central Park their front lawn to contribute to its restoration and maintenance in return for the City’s commitment that the Conservancy will manage it.

Only months later, Davis hired a determined, upbeat Minnesota transplant named Tupper Thomas to do the same thing for Brooklyn’s Prospect Park. Since then, such public-private partnerships have become de rigueur for NYC’s premier open spaces.

Now, after 30 years of helping to rebuild Prospect Park, and finally seeing the start of her capstone project, the Lakeside Center, Tupper Thomas has announced her own retirement.

We will miss Tupper, although maybe not with the same passion as we will miss the Kate Wollman skating rink, which the Lakeside Center will replace. We also will continue to share the concerns about Tupper’s creation, the Prospect Park Alliance, that were expressed in an editorial in the Brooklyn Paper, which you can find here.