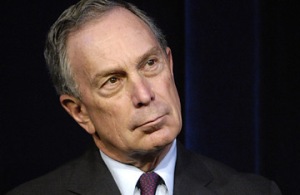 How does Mayor Michael Bloomberg view the goals of his 2010 charter revision commission? Celeste Katz, the new editor of the DN’s Daily Politics blog, answers this in her April 13th piece on the mayor’s changing stance on the future of the Public Advocate and the borough presidents. Katz quotes Bloomberg about the BPs:

“I for one have come to believe that the Borough Presidents really do provide value added. I don’t agree with everything everyone does but on balance the Borough Presidents provide, at a local level, working with community boards and working with the City Council people, a valuable service and whether you could do it more effectively or not, whether they should be allowed to do A, B or C, those are the details.”

Mr. Bloomberg’s comments reveal that, to him, this charter revision is not about whether the Public Advocate and the borough presidents should exist. It’s also not primarily about term limits or non-partisan elections — although those would please him.

It’s about how his lawyers can tweak the charter to produce, as commission member Stephen Fiala said at yesterday’s Staten Island public hearing, “a more efficient and a more responsive government.”

But a government more responsive to whom?