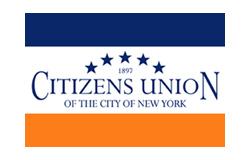 Mayor Bloomberg’s 2010 charter revision partnership with the Citizens Union showed its face Monday in the form of a comprehensive charter overview by CU panelist Douglas Muzzio, a professor at Baruch College. Here’s some of what Muzzio wrote, with our translations in italics:

Describing the current city charter, Muzzio called it “a large document (currently 356 pages), packed with organizational minutiae, much of which belongs in the Administrative Code.” The Bloomberg commission — with the help of the Citizens Union — will call for “streamlining” the charter by shifting some of its provisions to the Administrative Code. This will make it easier for the mayor and the Council to change those provisions later on, without the public scrutiny that would occur if they remained in the charter.

“…mayors through their “charges” broadly set the commission’s agenda.” Don’t for a minute buy the pretense that a mayoral charter revision commission operates independently.

“The recommendations of the commission can be voted as one omnibus measure (as in 1989 and 2001) or as separate proposals (the other post 1989 commissions).” We may try to lump together unrelated charter changes so you, the voters, will go for the whole thing just to get the part you like the most, such as term limits. Meanwhile, we’ll get what really matters to us.

When Bloomberg’s 2003 commission proposed non-partisan elections, “voters overwhelmingly rejected the proposal, despite the fact that the mayor bankrolled the pro-change effort with $7 million of his own money.” This year, with the charter commission’s budget only $850,000, Bloomberg will be able to use the Citizens Union to do his costly public relations work. As a not-for-profit, the CU depends for its existence on tax-deductible contributions from billionaires and their friends. Guess who’s going to contribute.

“The Bloomberg administration and real estate developers see the current city land use policies, notably the Uniform Land Use Review Process or ULURP, as inefficient, time consuming and often wrong-headed.” Those annoying community boards sometimes say “no” to excessive development. “They would like to see it “streamlined” with such changes as shorter time frames for review and elimination of some steps.” Cut the community boards out of ULURP, and maybe cut them even out of the Environmental Review Process. Others want enhanced purview and greater powers for community boards and City Council on zoning and land use matters. The commission could also look at the composition and authority and processes of the City Planning Commission and the Board of Standards and Appeals.” What’s important is that we generate the appearance of open discussion about these things. In the end we really can’t lose, because Bloomberg’s appointees know which side their bread is buttered on, and anyway, we’ll spend so much money on pushing these changes to the press and the public that they’ll buy them all. 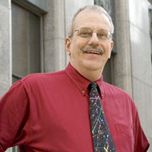 “Among the other topics that a comprehensive commission may address (with different degrees of likelihood) are:

“The public advocate’s position and the role of the borough presidents have long been subjects of conversation. In October, at a Staten Island Advance editorial board interview, Bloomberg said that eliminating the public advocate’s office could be on the table. He also said that while he might be open to giving borough presidents a different role, he was not prepared to give them more power by taking it away from City Council.” (Don’t forget who’s running this town! Borough presidents might even want their boroughs to have some power. That ain’t gonna happen.)

We rest our case.