Government 101, Lesson 2: Why Does NYC Have So Many Traffic Lights? 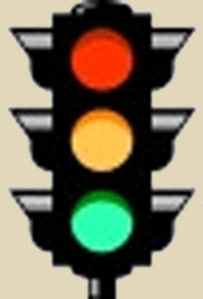 Well, actually, only about 12,000 of NYC’s 43,000 intersections are “signalized.” The borough with the most traffic lights is Brooklyn, with over 4,000. One report has it that the first red-green light in NYC was installed in 1930.

By the Giuliani administration, the numbers were in the thousands, and the city’s Department of Transportation needed 34 months to evaluate whether an intersection needed one. Giuliani saw the lights as an easy way to curry favor with constituents, so he instructed Transportation Commissioner Christopher Lynn to eliminate a 600-light backlog and cut the study time. Lynn reduced the study time to 12 weeks. During his regime, the number of traffic lights installed went from 56 in 1995 to 169 in 1996, and to a a planned 222 in the first five months of 1997. By early 1997, the city’s traffic lights totaled 10,687. By January, 2006, after Michael Bloomberg had been in office for four years, the number had increased to 11,871.

Mayors frequently like to install traffic lights because they can please constituents while spending borrowed (capital budget) money. In 1997, each installation cost $32,000.

Mayor Bloomberg’s current Transportation Commissioner, Janet Sadik-Khan, has made traffic calming initiatives a high priority. We expect that a significant number of new traffic lights will be installed during her administration.