The Silence is Deafening!

That’s the answer we got when we approached a small random sample of New Yorkers and asked them how they intended to vote on charter revision on Election Day.

Perhaps Friday’s appearance at New York Law School by charter commission chair Matthew Goldstein will stimulate some media coverage of a subject many people — including journalists — are treating as an unimportant sidebar to the major races to be decided on November 2nd. 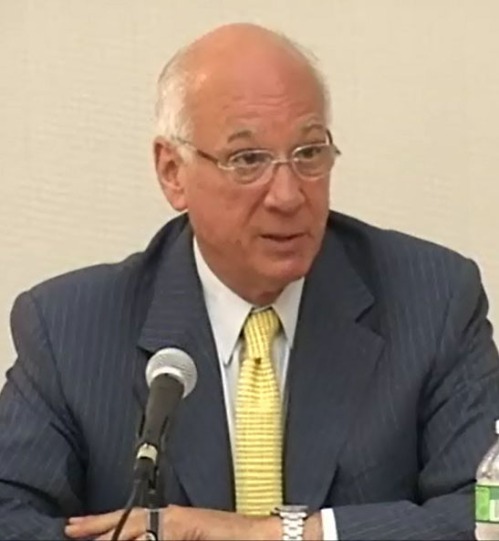 Even the term limits question, “City Question 1” on the back of the ballot, isn’t capturing much attention. That’s because the Bloomberg charter revision took the teeth out of the term limits debate by sharply limiting voters’ options: Either we can fully restore two-term limits, but not until 2021, or we can stick with what we currently have: three-term limits for the mayor and other city elected officials.

Either way, no current incumbent is blocked from running for a third term.

The commission also limited our choices with City Question 2. Goldstein’s group took seven separate “reform” measures and lumped them together into a single ballot question, which prevents us from choosing among them. Goldstein justified this by saying he was told the ballots didn’t have enough space to list the issues separately. But others dispute this account.

The problem with Question 2 — apart from denying voters real choice — is that some of the “reforms” would strengthen the powers of the mayor and weaken the City Council. Others look innocuous, but may not improve what they’re claimed to: ballot access, transparency, and fair-share land use planning.

A cynic might think these “good government” provisions were thrown in as “sweeteners” to get voters to approve other measures that would add to the mayor’s power: central control over administrative judges, and a mayor-dominated commission to recommend how advisory commissions and management reports should be trimmed.

From that perspective, it seems remarkably convenient that the ballot was deemed too small to let voters deal with each issue individually.

Perhaps Matthew Goldstein will be able to respond to these concerns on Friday, October 22.