Hats Off to Haberman!

We have to take our hat off to Clyde Haberman, a superbly skilled journalist, for bringing humor to his Times story about the NYC charter revision — and for seeing through the pretense that Mayor Michael Bloomberg had nothing to do with the charter commission’s decisions.

It’s worth saying again that the commission’s first ballot question for November will deny voters any chance to restore two-term limits immediately or eliminate term limits entirely. And the second question will lump together so many independent changes that voters will be forced to chew a lot of inedible chaff to get the few grains of wheat that the commission is sprinkling at our feet. To us, it’s an unacceptable diet. 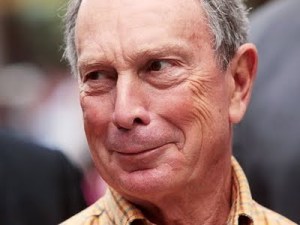 I had nothing to do with it! Photo:QueensCrap

To believe that version of what happened, we’d have to forget that Mike Bloomberg hand-picked Goldstein and the rest of the charter commission members and had to know their loyalties. We’d also have to forget that Bloomberg controlled who got on the commission’s legal staff. They’re the ones, along with the mayor’s own Law Department, who advised commission members on the legal implications of their options.

The Post did the Daily News one better: It didn’t mention Mike Bloomberg at all. It was as if his charter revision commission had descended miraculously out of the political firmament, freed itself of all allegiances, and ignored the advice of its legal staff. We don’t buy it.

Even NYC goo-goo-in-chief Henry Stern gave Bloomberg a pass. Stern, writing in his blog, quoted extensively from the News and the Post, focused on term limits, and lambasted the commission without implicating the man who appointed it. Sites such as the NY Sun and the Westchester Herald re-printed his screed.

Would Henry give a similar pass to former President George W. Bush for having appointed Supreme Court Justices John G. Roberts and Samuel Alito, Jr., if he found one of their decisions unacceptable?

How did the editorial writers at the News and the Post end up in the same strange bed as Henry Stern? All apparently believe in a strong-mayor City Hall, all find it useful to support billionaire Mike Bloomberg, and all want to shield him from public resentment towards his commission’s controversial decisions. Finally, all want New Yorkers to focus on term limits so that legitimate concerns about ballot Question 2 — which would further empower the mayor — will escape voter scrutiny for as long as possible.

Only Clyde Haberman of the Times saw through the nonsense.