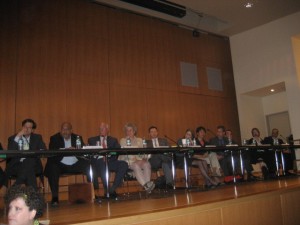 Next-day coverage of the first public hearing of the 2010 NYC Charter Revision Commission was less than global. The most analytic piece may have appeared on silive, the news blog of the Staten Island Advance.

The NY Times City Room blog also looked at the staff appointments, offering comments — one, from commission chair Matthew Goldstein, and the other,  from 1989 charter commission executive director Eric Lane — in response to questions raised  by several speakers about the ability of 2010 commissioners and staff members to function independently of mayoral control. 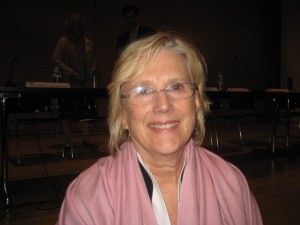 Gotham Gazette ran a similar lede: “The Bloomberg administration just announced Lorna B. Goodman has been selected as the executive director for the City Charter Revision Commission.”

Our own take on the hearing focused on an effort by the NY Independence Party to convince the charter commission to propose a requirement that future elections of NYC officials be non-partisan. We discuss the implications for the Democratic Party.

The Charter Revision Commission’s schedule for future public hearings can be found here.

Postscript: Several hours after we published our story about the public hearing, Adam Lisberg posted a second Daily Politics piece, which, like our story, focused on Carl Paladino’s appearance at the commission hearing. We apologize for its omission.