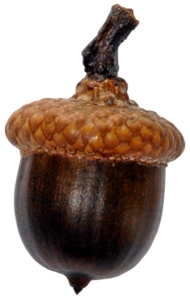 ACORN folds countrywide, reports Queens Crap. Our own experience with ACORN began with its indictment of our local elementary school many years ago in a widely-publicized report called Secret Apartheid II. ACORN accused the extremely diverse Flatbush public school of giving a warmer welcome to prospective parents who were white, while keeping an African-American “parent” tester waiting a long time. But we knew the individuals involved, we knew the actual sequence of events, and we knew that ACORN’s report had been completely fabricated. In the Saul Alinsky community organizing tradition, ACORN had concluded that the ends, fair treatment of minority parents, justified the means, making up the facts.

We then encountered ACORN while we were fighting against a Giuliani-inspired Economic Development Corporation attempt to build a “temporary” minor league baseball stadium in the 40-acre Parade Ground athletic complex near Brooklyn’s Prospect Park. ACORN’s Bertha Lewis heard of our intent to file an Article 78 proceeding against EDC, and invited us to join a similar suit to be constructed by an attorney they engaged for the purpose.

But we knew of ACORN’s Alinsky-inspired tactics, including a tendency to offer initial opposition to a development project and then withdraw that opposition in return for “community benefits,” e.g., control over jobs.  Sound familiar, Atlantic Yards opponents? So with the help of a pro bono attorney named Tom Urgo, we kept our lawsuit separate. Sure enough, ACORN withdrew their opposition and declared their support for the EDC plan. We subsequently learned that the lawyer they had engaged had put together a cover sheet notice of intent to sue, but never had been paid to carry the suit to completion.

Crain’s New York reports that ACORN’s NY branch has signed its Brooklyn lease over to New York Communities for Change, a new nonprofit made up of “community activists and former staff and leaders of NY ACORN.”

One response to “RIP, ACORN”